In this guide I will show you how to make a fairly tough plastic gel bait that will leak flavourings fairly quickly but will dissolve in water if it happens to come off. Fantastic for topping boilies, etc. 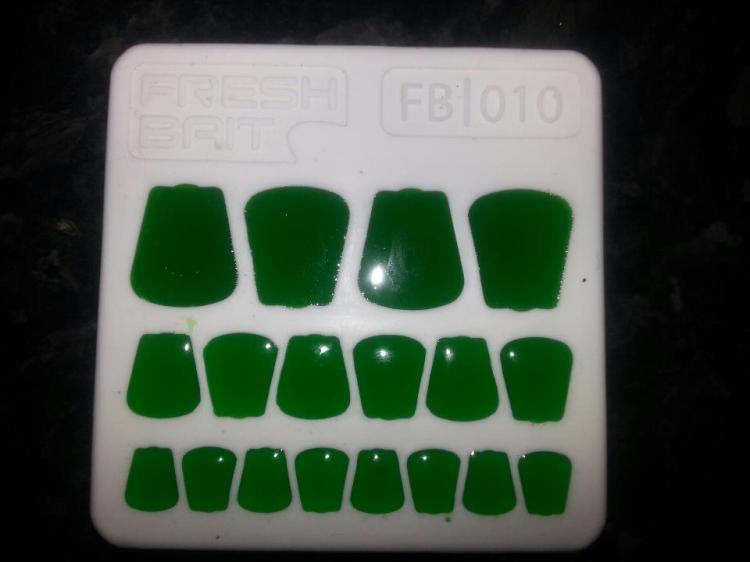 You will need the following ingredients;

Now add all of the ingredients together into a small saucepan stirring constantly until there are no clumps of mixture left.

Put the saucepan on cooker/stove and heat until it starts to “froth”. Make sure you stir the mixture constantly while you are waiting for it to “froth”. As soon as your mixture froths remove it from the heat and keep stirring. With a spoon scoop out the excess froth making sure there are no lumps or clumps in the mixture.

Pour the hot liquid directly into your molds and set aside to dry. Once dry, remove your bait from the molds and trim any excess off. 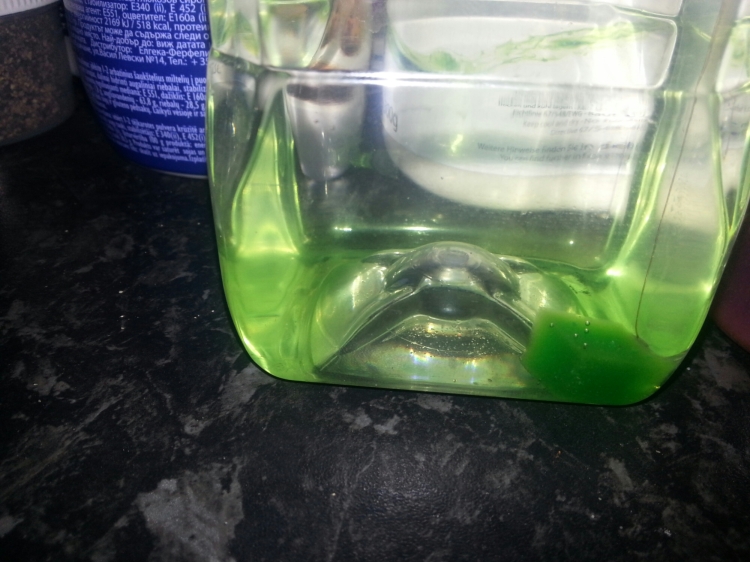 If you want a harder bait use less Glycerine, if you want your bait softer use more Glycerine. It may take several days for your bait to dry completely depending on humidity and temperature of where your drying it so please be patient as you will end up with a safe and biodegradable alternative plastic bait.

Now normally I would be ending this guide here however, I had a very good conversation with Jopie Basson the owner of “Fishing Kiosk” in South Africa who has been using my recipe to create a new and unique bait which is in its test stages all those miles away. Jopie has kindly sent some images and a small write up so here it is for you to read…

BIODEGRADABLE PLASTIC BAITS – My comments by Jopie
I got the recipe from the page Home made boilies and think to try it out!

It is a very simple recipe and straightforward, thanks a lot for your tip Anthony.
It was quit easy to get all the ingredients, even here in South Africa

The only problem experience, was to get a mold to make this bait, I have looked every where until I got some ice buckets from my wife.
Saturday 10/05/2014
After following the recipe, I pour the liquid into the ice buckets, and let them settle for a day, however, due to my work, I have to leave, but want to see the product progress, and put them into small containers. 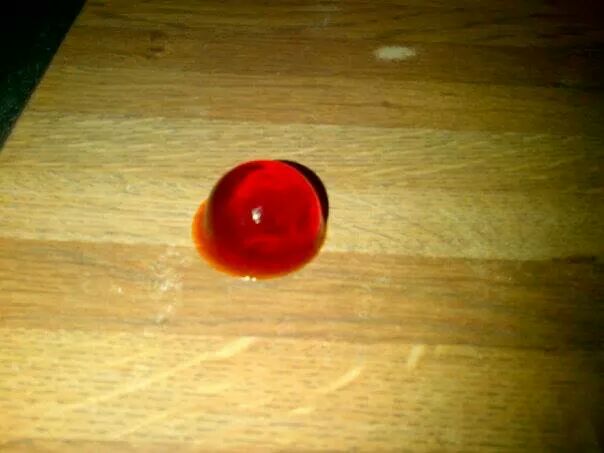 By putting two of these baits together with the flat side attached, it makes a perfect round bait. 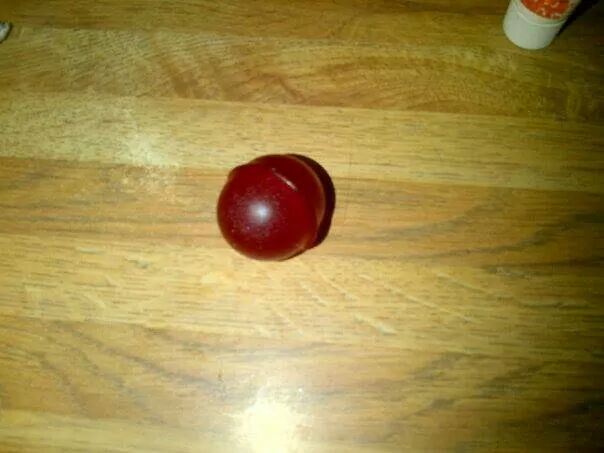 After putting my pics on facebook, I draw immediate attention, and my friends from Bloemfontein want’s to know how I made it, for now, I kept it a secret, but tell them I will bring some along for them to see for themselves. 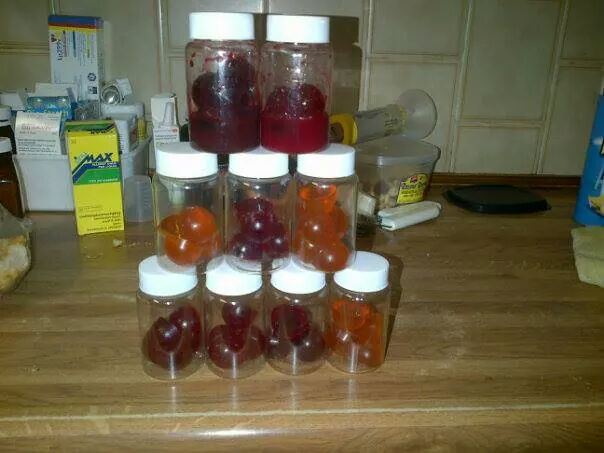 After one day in the fridge, I put them in small containers to took along, because I have to leave for business for two weeks. I decide to put a home made boilie glug in two of the containers to see how it will affect the end product, the two containers on top contains the glug.
So Monday morning, I left and after 8 hours of drive I arrived at my destination, deliver 6 containers in Bloemfontein on my way to Zastron.
After 8 hours of travel, I experienced that some of the plastic boilies are melting, the ones without the glug, I contact my friend in Bloemfontein (I have delivered their boilies earlier that day) to take the lid off the bottle and put it in the fridge, I did the same with mine. 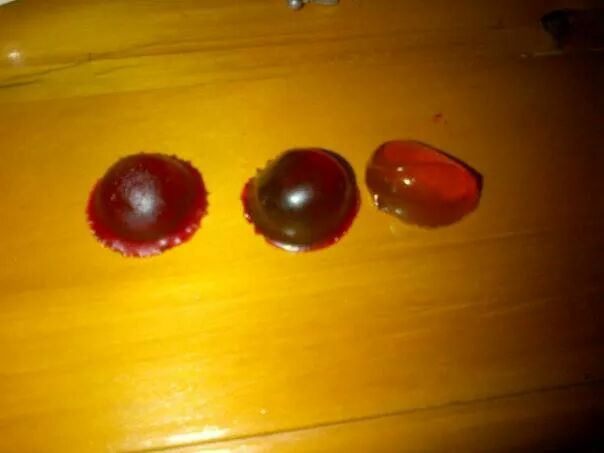 The two on the left was in the glug, and the other one was without the glug. On can see the form are not so round anymore!
It must be noted, that the bait in the glug did not melt as much as those without the glug, maybe it was cooler, don’t know.
The next day, the boilies seems to be a bit more firm and I decide to take them out of the containers and leave them outside to dry out. 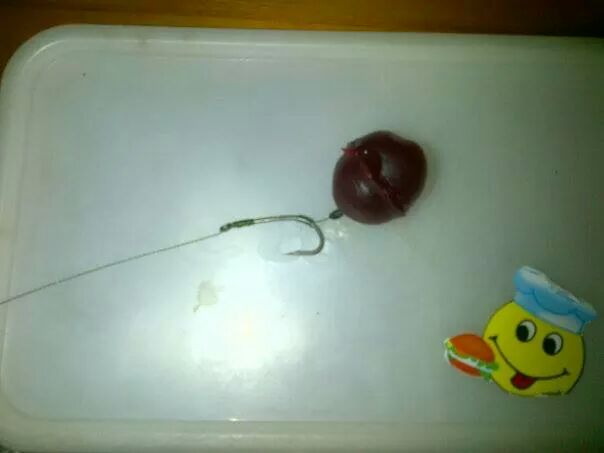 I join two pieces of the bait together to form a nice boilie shape bait. 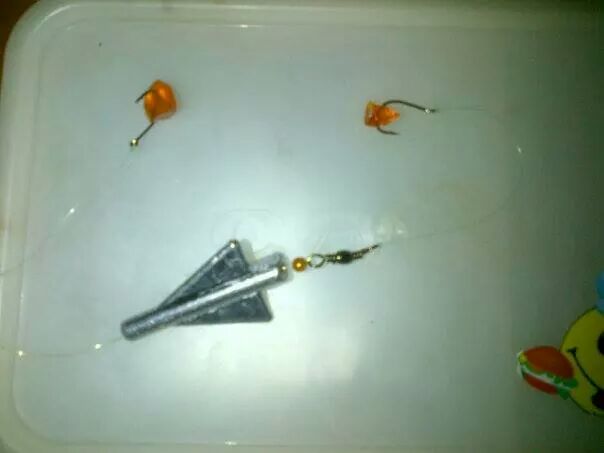 Here I cut two pieces from the bait without the glug for smaller bait presentation, as was use for conventional angling, to see how it will do in the water. 15 May 5:18pm 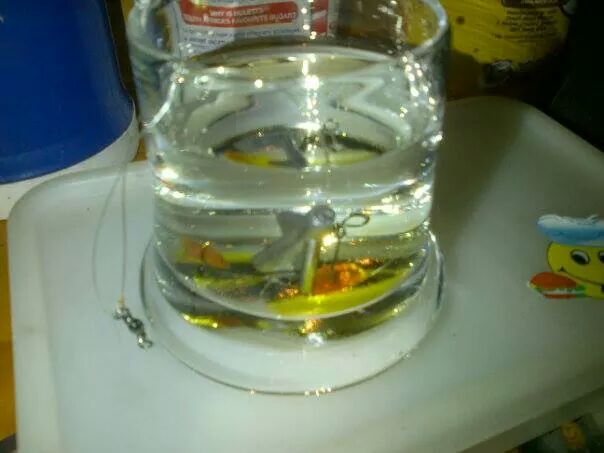 Half a hour later, one could see the colour starts giving off. 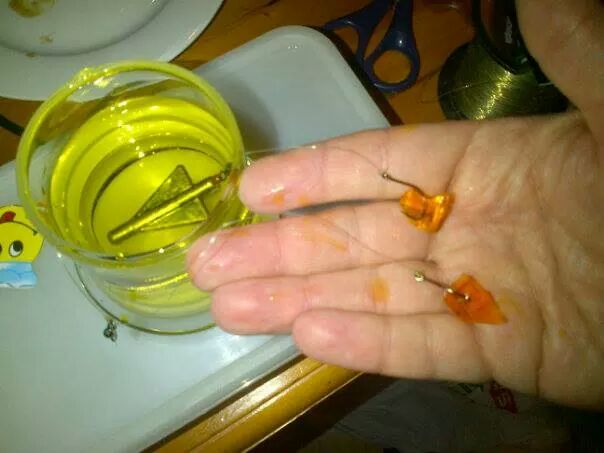 Twenty four hours later, a lot of colour was coming off, however the bait was still very firm and usable 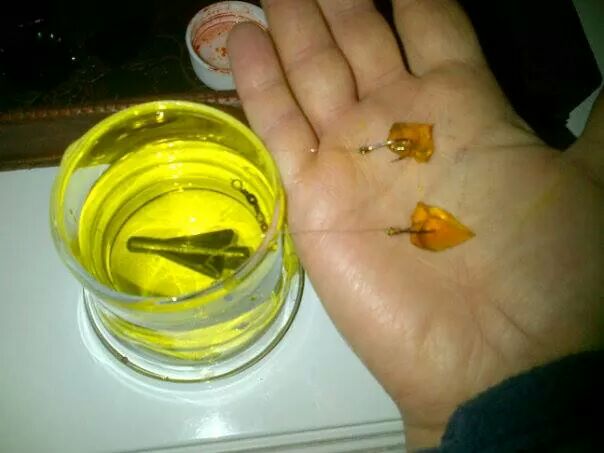 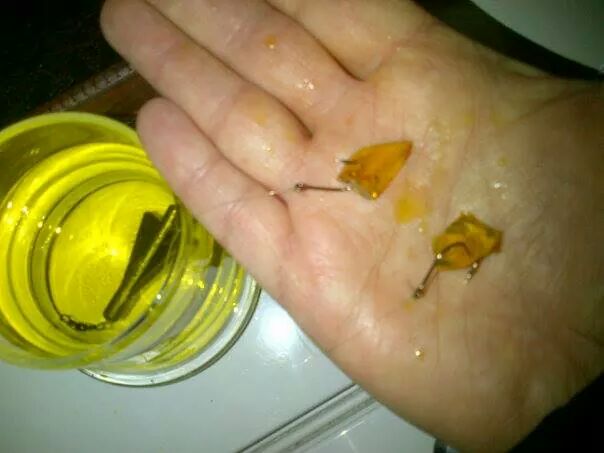 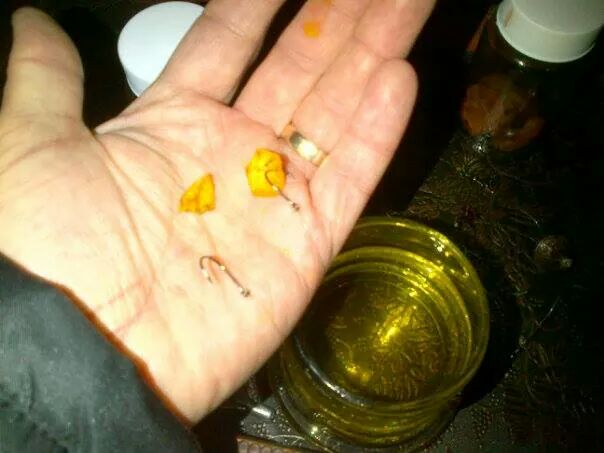 Sixty hours later, bait very soft, and break when I test it with my fingers, I think the bait will no longer be useable from this point.
The boilies formed and left in the glug for 8 hours are still firm, and becomes very rubbery, the one which was not in the glug, which start melting on arrival, are now becoming much harder and the sides feels like plastic. It is also more difficult to cut.
This now my final tests and comments regarding this bait, all that is left now, is to get it out in the water!

The yellow bait is the one that was in the water for the entire test, the purple one, is where I have cut pieces from the one bait on Saturday and put it on the hook, it becomes very hard like plastic. The yellow bait was originaly orange, so one can imagine how much colour has come off. 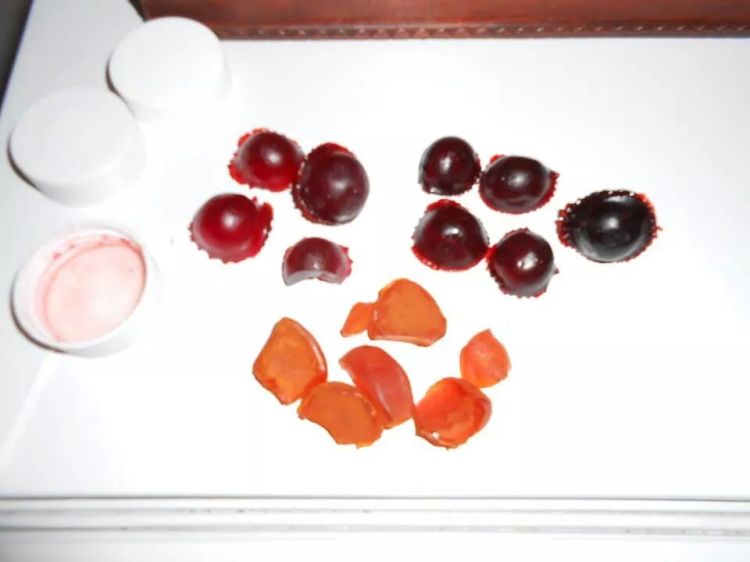 There are the final after 10 days from making.
Top left and right – those baits have been put in a glug, just after taken from the mold, and left in the juice for 8 hours. They are still fairly soft / rubbery and one can join them together to make a boilie, just cut off the sides to make it perfect round.
The bottom orange, was the one that was first melting after my long travelling. As can be seen from the pick, they are no longer half round, and have different shapes, they tend also to become much harder than the top ones.

One thought on “My Biodegradable Plastic recipe in use in South Africa!!”